ResponSEAble – Protecting the ocean NewsHow can we use the plastic debate as a catalyst to increase ocean literacy? 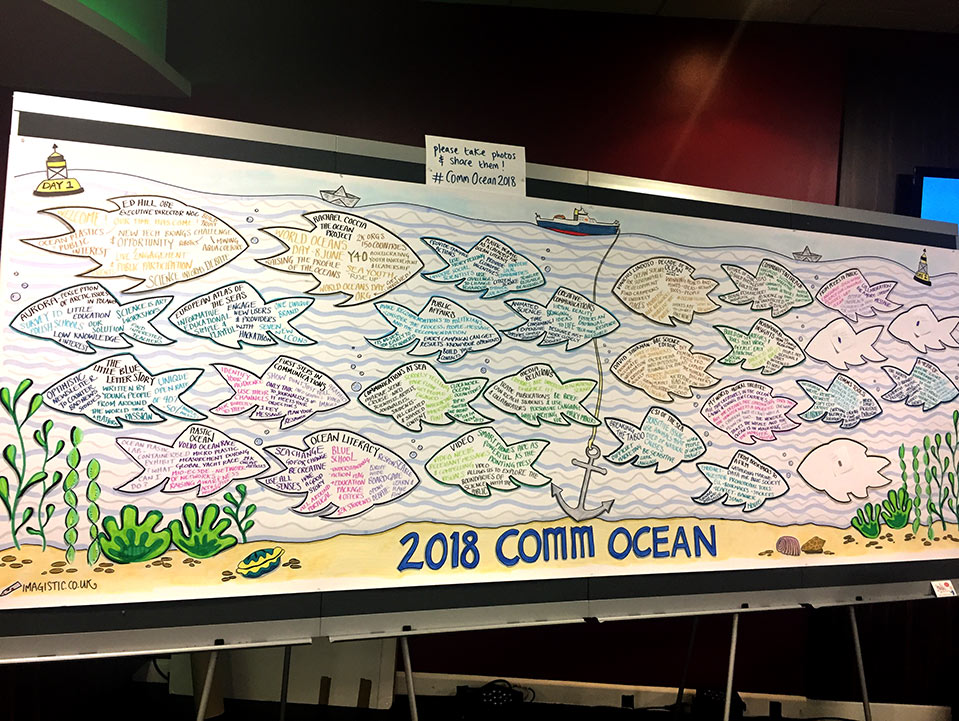 On 4th and 5th of December 2018, ResponSEAble participated in the marine science communication conference CommOcean in Southampton, that was organized by the National Oceanography Centre (NOC) and the European Marine Board.
Over 100 participants – scientists, NGO representatives and policy makers – from all over the world gathered to discuss the status-quo and the opportunities to improve marine science communication and ocean literacy. Numerous campaigns, communication tools and success stories to raise awareness about the oceans and humans’ connection and responsibility to protect them were shared and discussed. Presenters shared a colourful bouquet of communication formats such as scrollytelling, tiny letter newsletters and international social media campaigns and reported about the struggles they faced when doing outreach while being on expeditions at sea.

ResponSEAble shared two different communications: the project partners UBO, Océanopolis and ACTeon presented the quiz game “The Ocean and Me”. Displayed as poster, the partners Baltic Environmental Forum (offices in Germany, Estonia, Lativa), GRID Arendal and the Institute of Oceanology showed the main findings of the key story eutrophication and agriculture.

“How can we use the plastic debate as a catalyst to increase ocean literacy?”, was one of the main questions provoking vibrant discussions during the two-day conference.
As ocean communicators, it is now our urgent task to learn from successful campaigns – that are currently mainly addressing plastic pollution – to raise awareness for threats that are less visible to the public. Threats such as unstainable fishing practises, ecosystem invasion of alien species or death zones caused by nutrient pollution.
Wherever and whenever humans and oceans interact, there is a chance for humans to increase their welfare and a danger for the oceans to become exploited. Let us become ocean literate and treat the oceans with greater respect. Let us be responsSEAble! 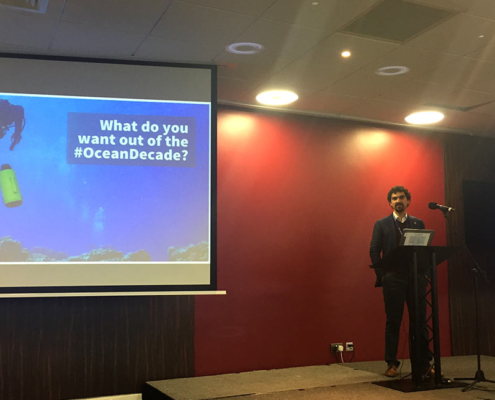 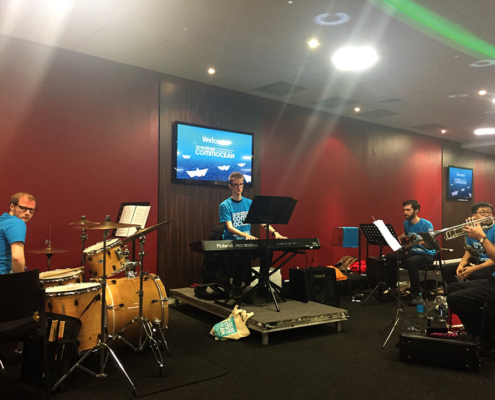 The webinars : replay them!

This site uses cookies. By continuing to browse the site, you are agreeing to our use of cookies.

We may request cookies to be set on your device. We use cookies to let us know when you visit our websites, how you interact with us, to enrich your user experience, and to customize your relationship with our website.

Click on the different category headings to find out more. You can also change some of your preferences. Note that blocking some types of cookies may impact your experience on our websites and the services we are able to offer.

These cookies are strictly necessary to provide you with services available through our website and to use some of its features.

Because these cookies are strictly necessary to deliver the website, you cannot refuse them without impacting how our site functions. You can block or delete them by changing your browser settings and force blocking all cookies on this website.

These cookies collect information that is used either in aggregate form to help us understand how our website is being used or how effective our marketing campaigns are, or to help us customize our website and application for you in order to enhance your experience.

If you do not want that we track your visist to our site you can disable tracking in your browser here:

We also use different external services like Google Webfonts, Google Maps and external Video providers. Since these providers may collect personal data like your IP address we allow you to block them here. Please be aware that this might heavily reduce the functionality and appearance of our site. Changes will take effect once you reload the page.

How can we use the plastic debate as a catalyst to increase ocean literacy?